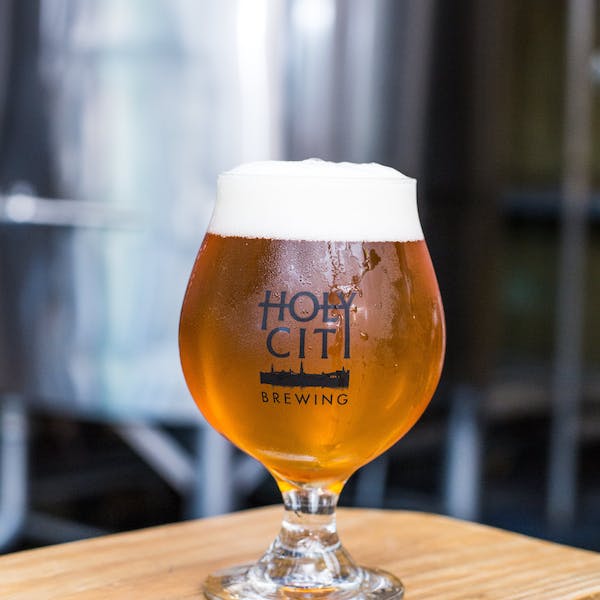 He approached the kettle. “I’m gonna put so much malt in you today.” The kettle was very excited.

Next thing it knew, a mash made with enough Pale and Munich Malts to choke an elephant was in a rolling boil.

But the kettle had it easy, even after the hop additions. It was the fermenter that really had it coming.

A 50-pound dry-hop was almost too much to bear, but somehow, it felt right. Citra, Amarillo, and Sorachi Ace imparted an irresistible aroma to the finished beer.

Don’t be afraid to show a pint of this who’s boss. That’s what it wants.