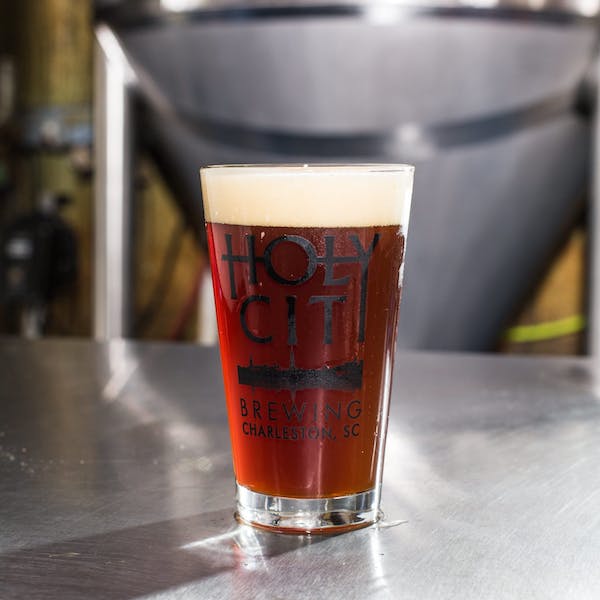 Now, this beer is brewed for our friends at the CODFather, because let’s face it, they’re some cheeky bastards from Macclesfield who know how to drink some pints and make some absolutely delicious fish and chips. They’re world famous, for goodness sake! Adam and Matt, the two brothers behind this wonderful North Charleston restaurant in Park Circle followed in their father’s footsteps and decided to leave their jobs behind to start a chippy, and they started a damned fine one at that. They need a proper English pint to serve in their new pub at their brand new location, so we brewed them an ESB, in traditional fashion. What’s an ESB? It’s an Extra Special Bitter (it’s actually malty, and not bitter at all.)

We brewed this one true-to-style as best we could, being rooted in the American South. We used Pale, Munich, Special B and Crystal malts to give it the body and sweetness it deserves, and topped it off with East Kent Golding, a noble hop, in true British fashion. Come down to the taproom and grab a glass of the Macc Lad ESB, and sing a toast to these Macc Lads (what they call those guys from Macclesfield) for all their hard work. They’ve been friends of ours for years now, and it’s only appropriate that we pay a tribute to their dedication and hard work to their own craft.