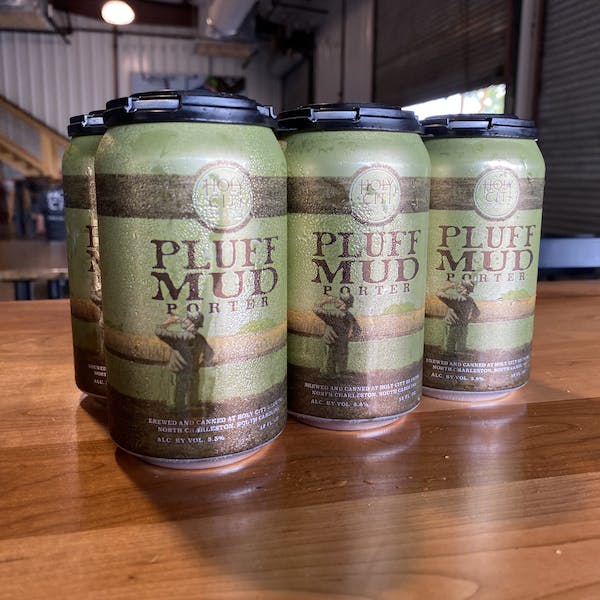 Pluff Mud is a mixture of dirt and water indigenous to the marshes of the South Carolina Lowcountry, with a distinct odor that’s endearing to locals, but off-putting to tourists and redcoats.

Our second flagship beer was an effort to bring the American Porter style to the Charleston market proper, while also making a beer that stays appealing as the mercury rises.

Pluff Mud makes its way into bourbon barrels roughly once a year. Keep your eyes (and nostrils) peeled.