The Holy City story is about a team of four guys dedicated to craft beer and their community, aiming to bring more of one to the other.

Joel Carl (a local) and Sean Nemitz (CofC grad from VT), business partners in Charleston’s rickshaw industry, found themselves less-than-slammed in the winter months. Idle hands are the devil’s playground, so, being good boys, they took up homebrewing.

Soon they had a custom, 15-gallon, all-grain pilot system in their garage. That bad boy – made of used welded bicycle parts, elbow grease, and love – became a central part of the rickshaw garage, and now sits on display in the brewery. Roughly a dozen full-production Holy City offerings are recipes born on that system. 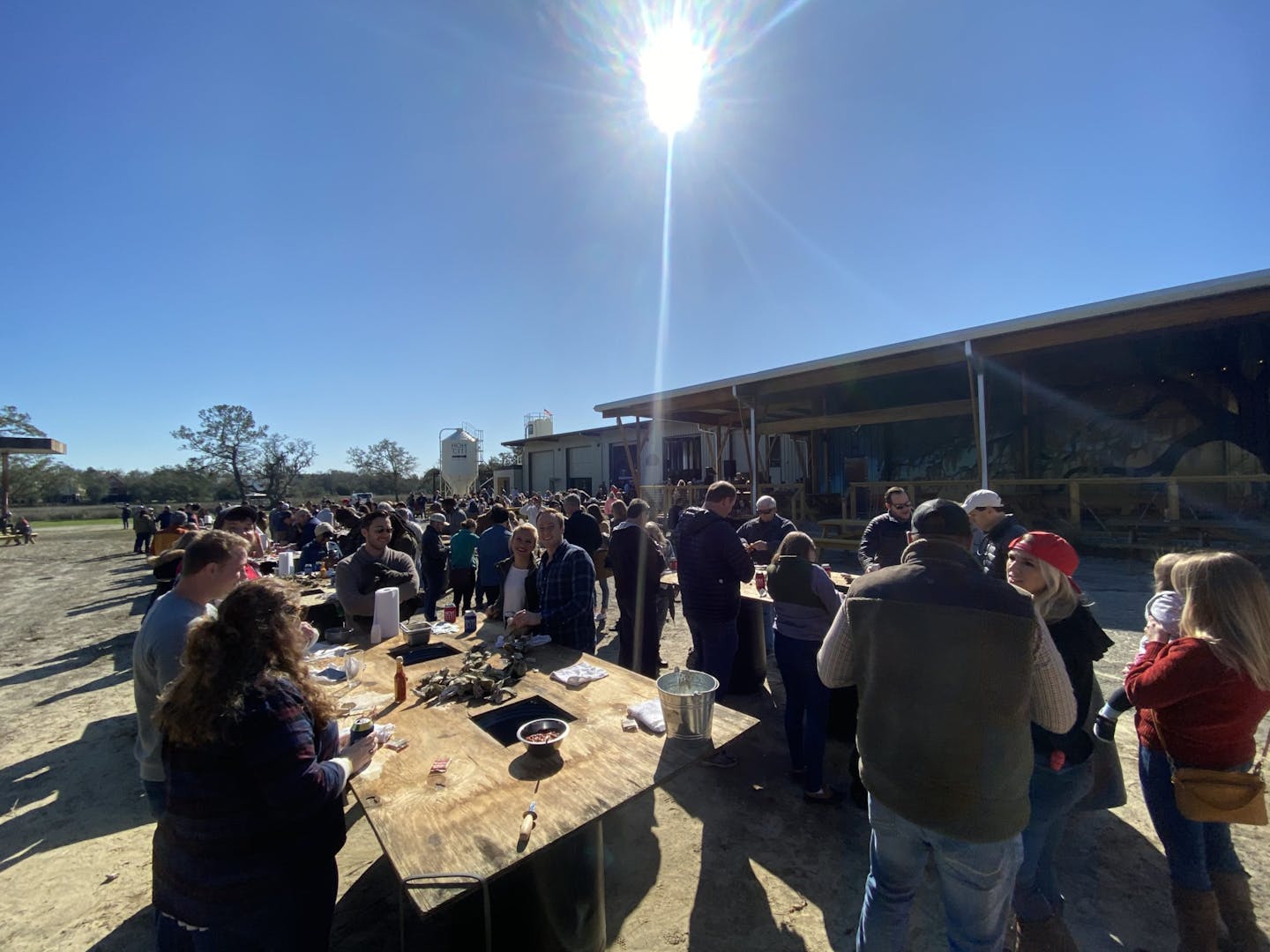 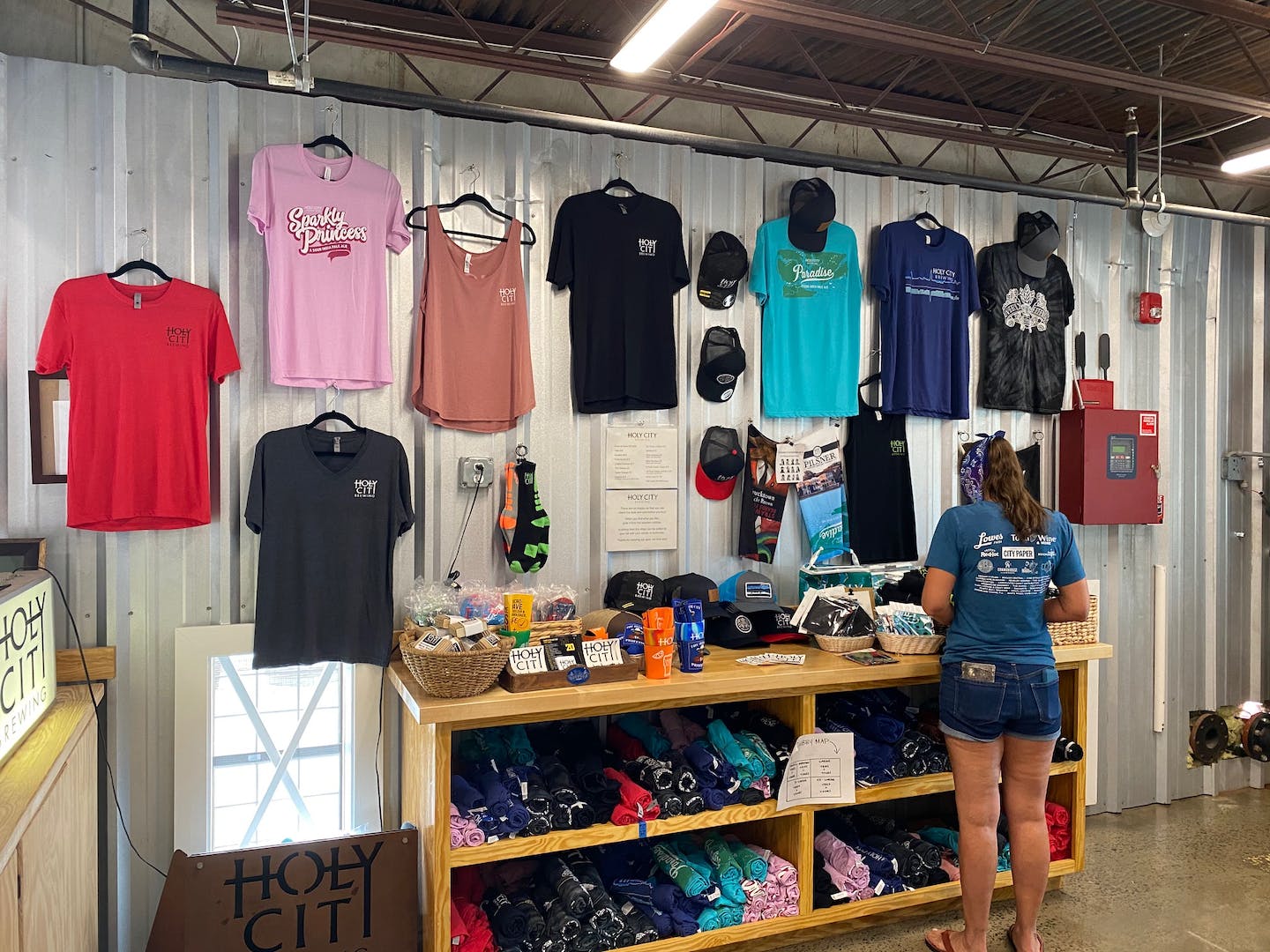 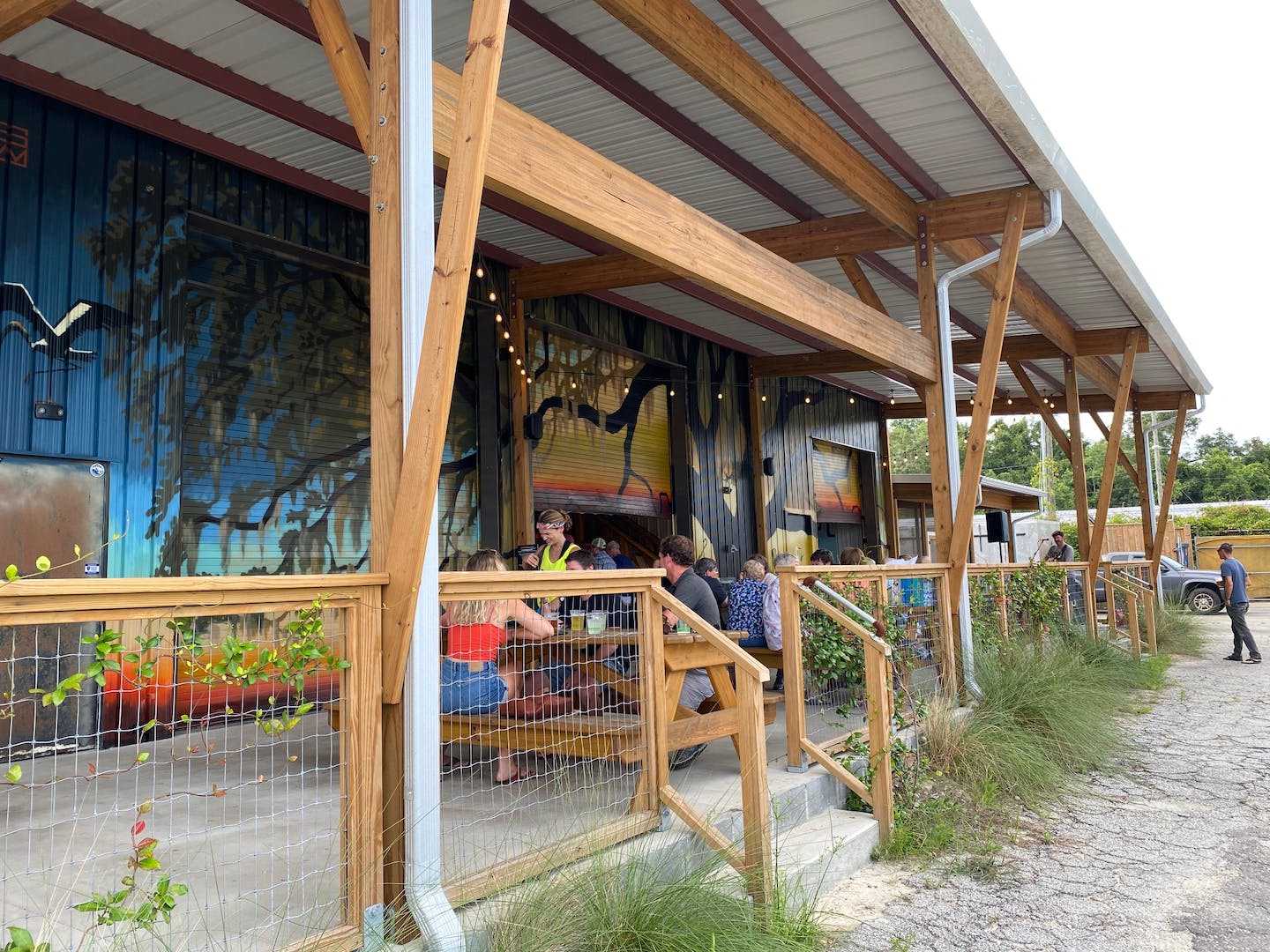 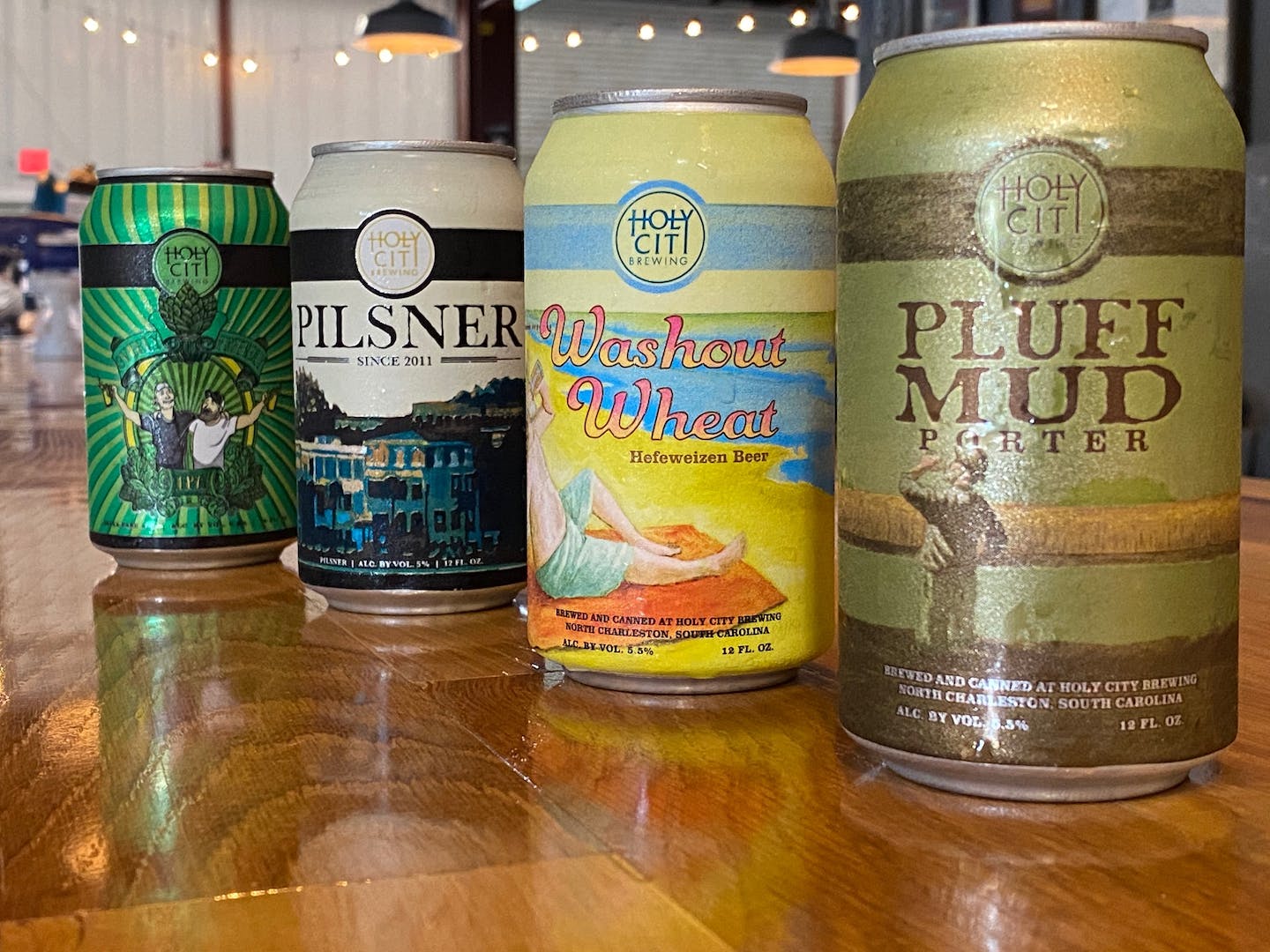 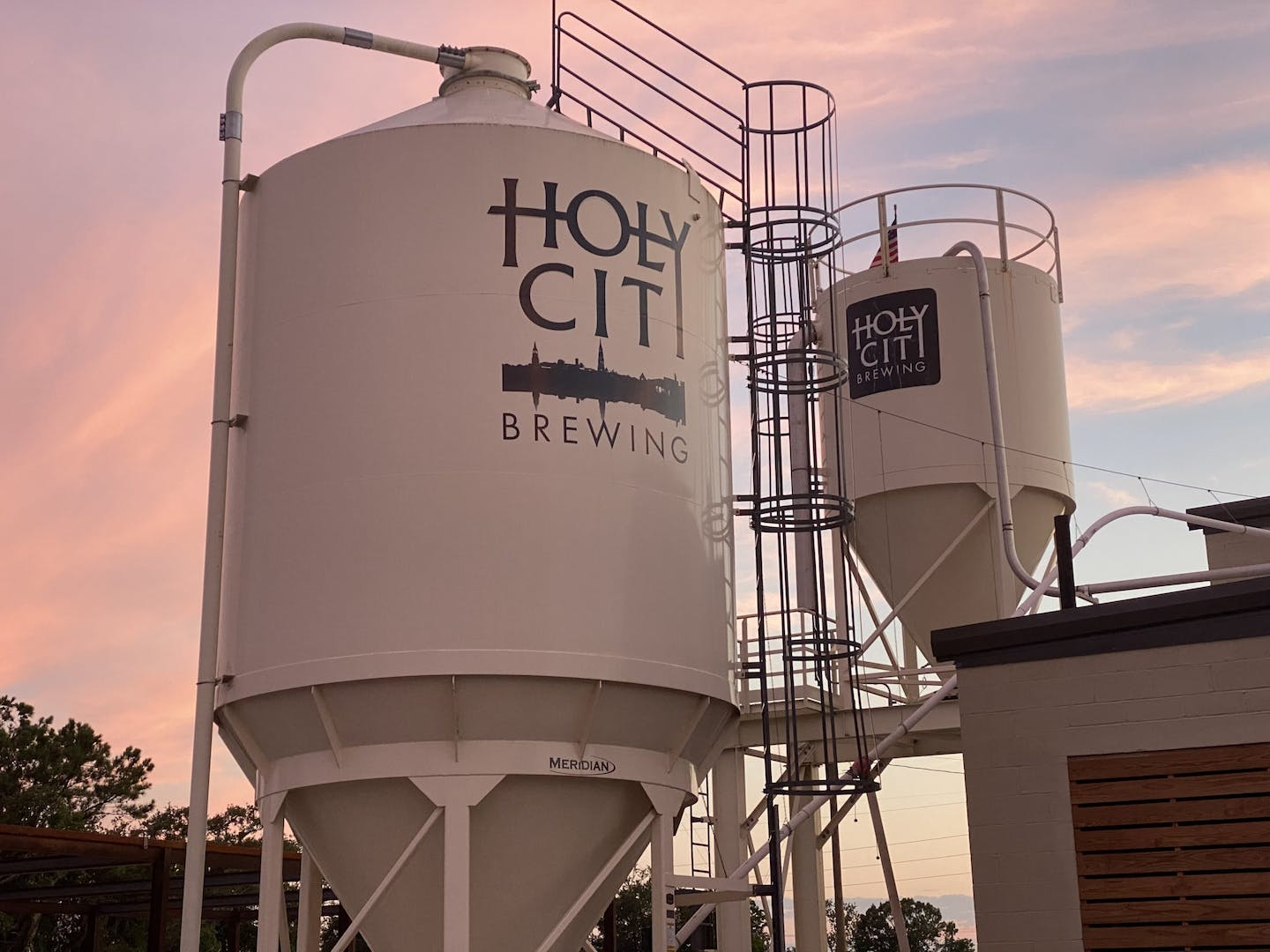 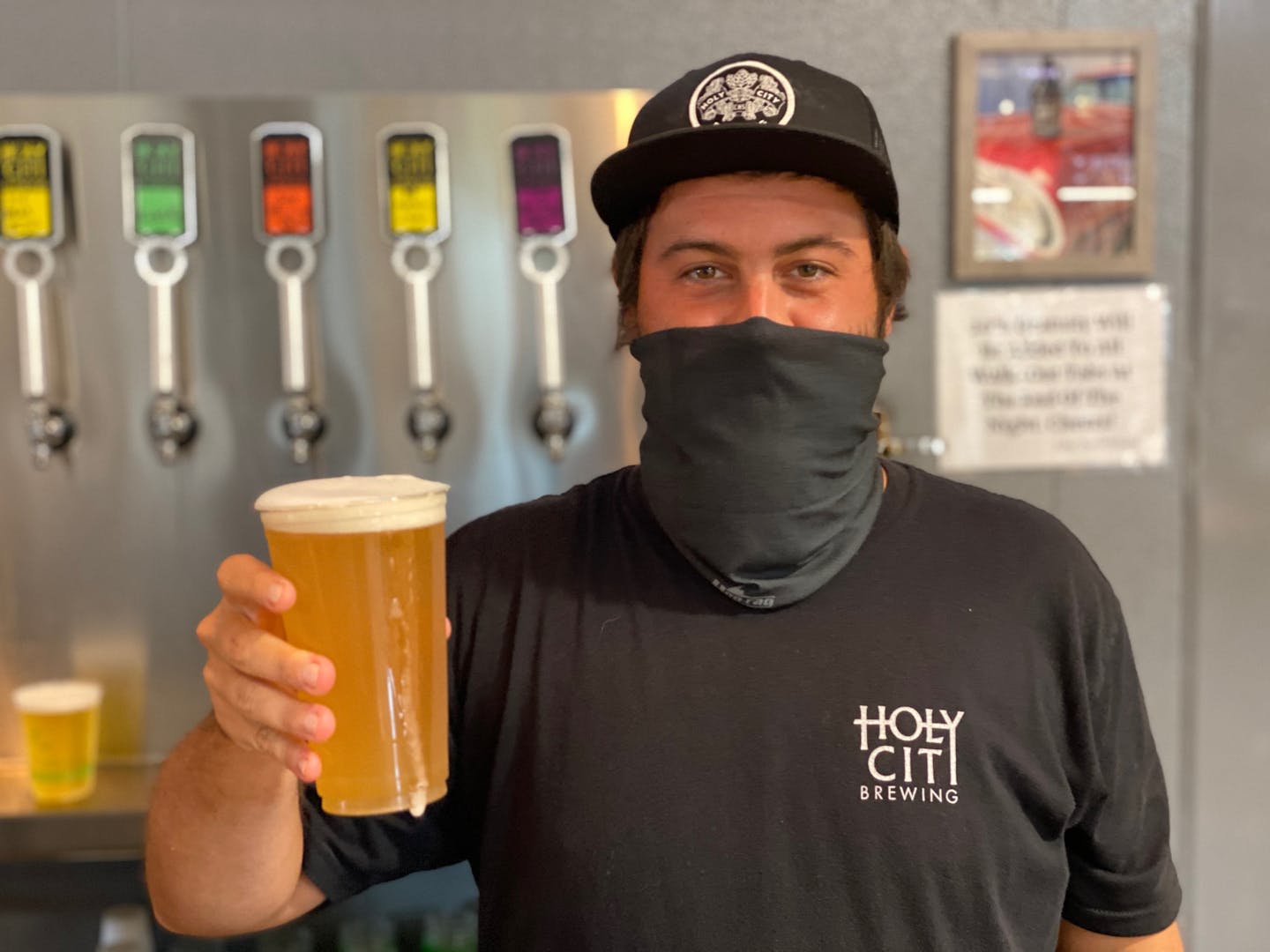 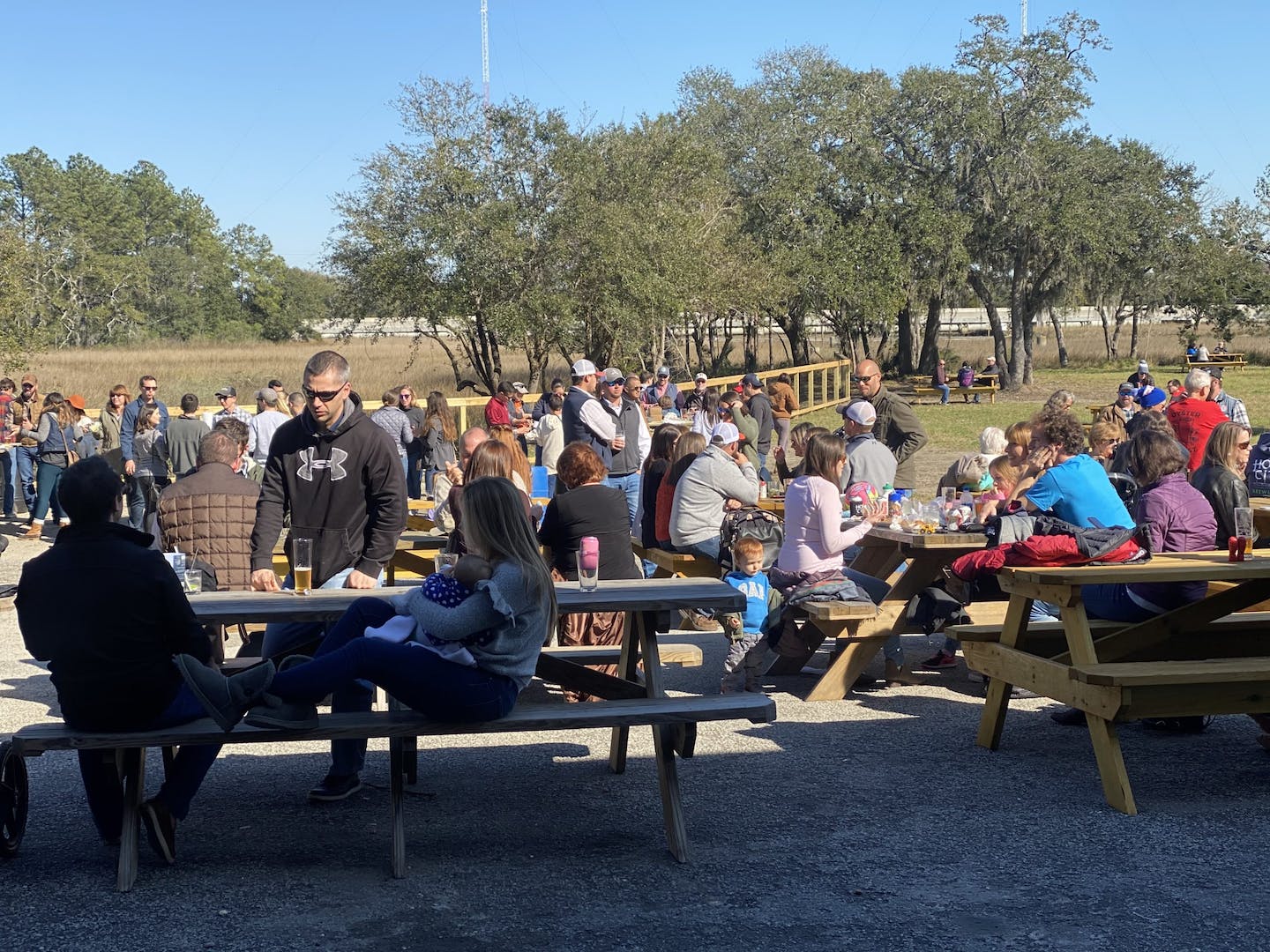 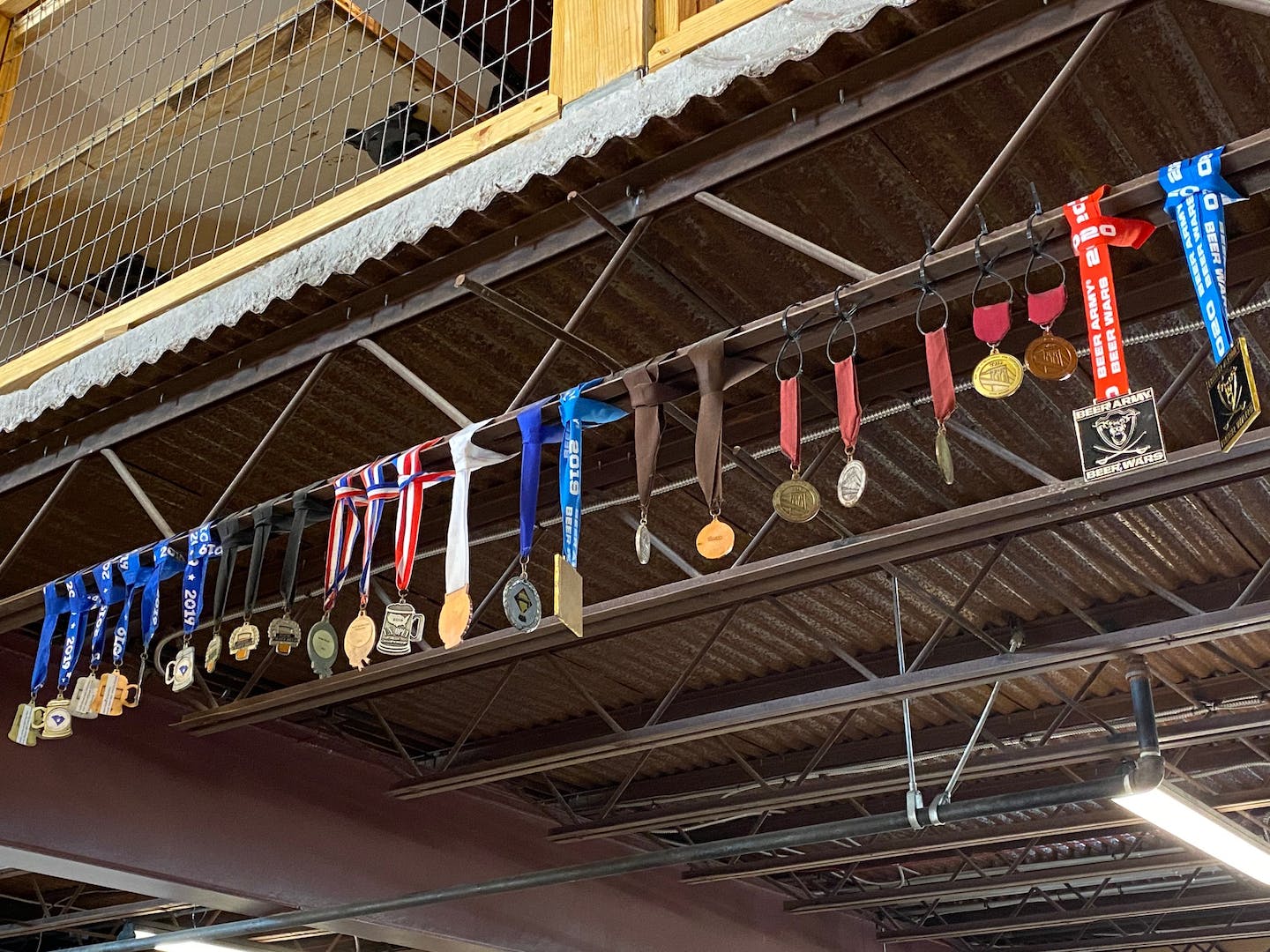 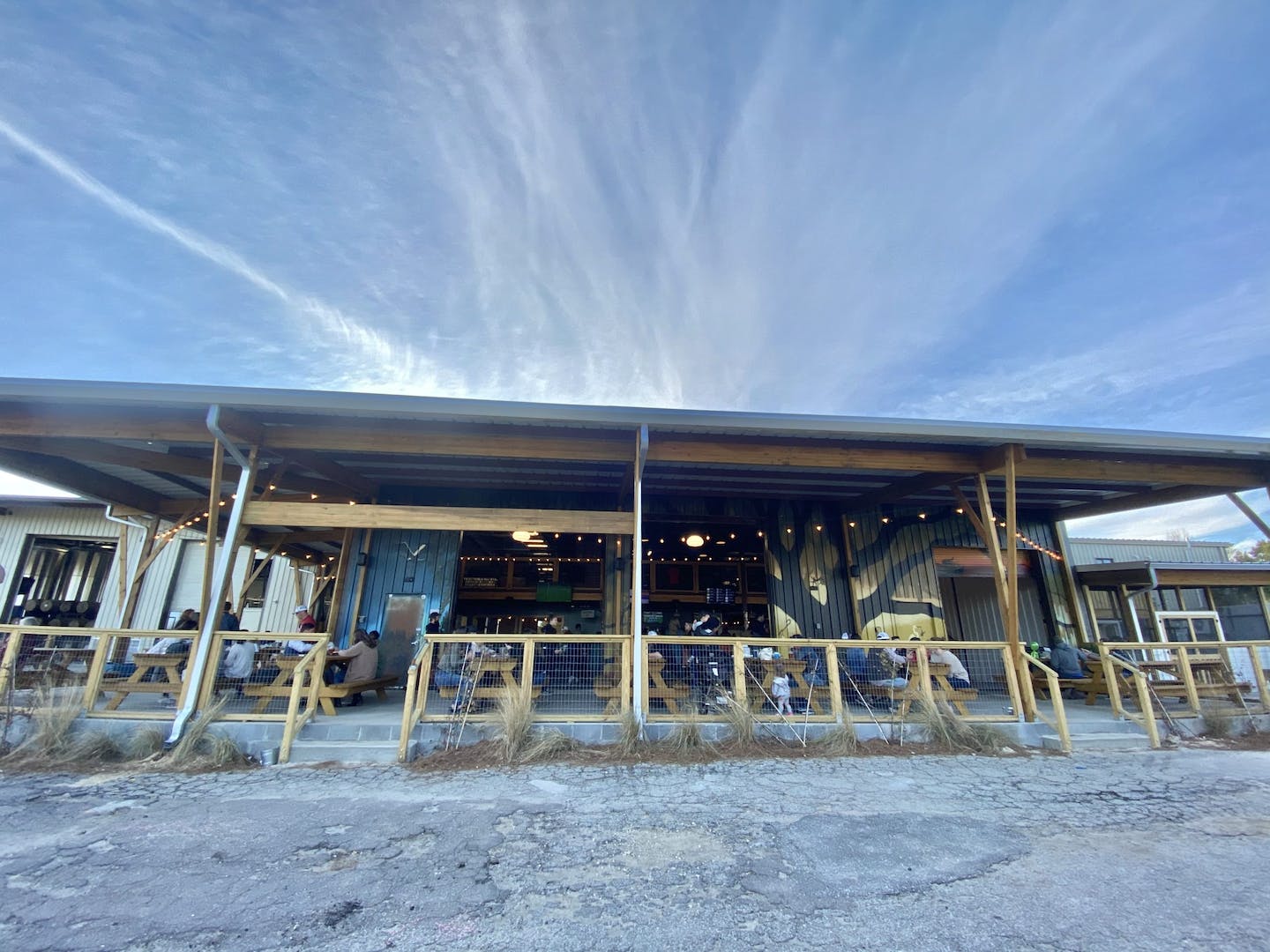 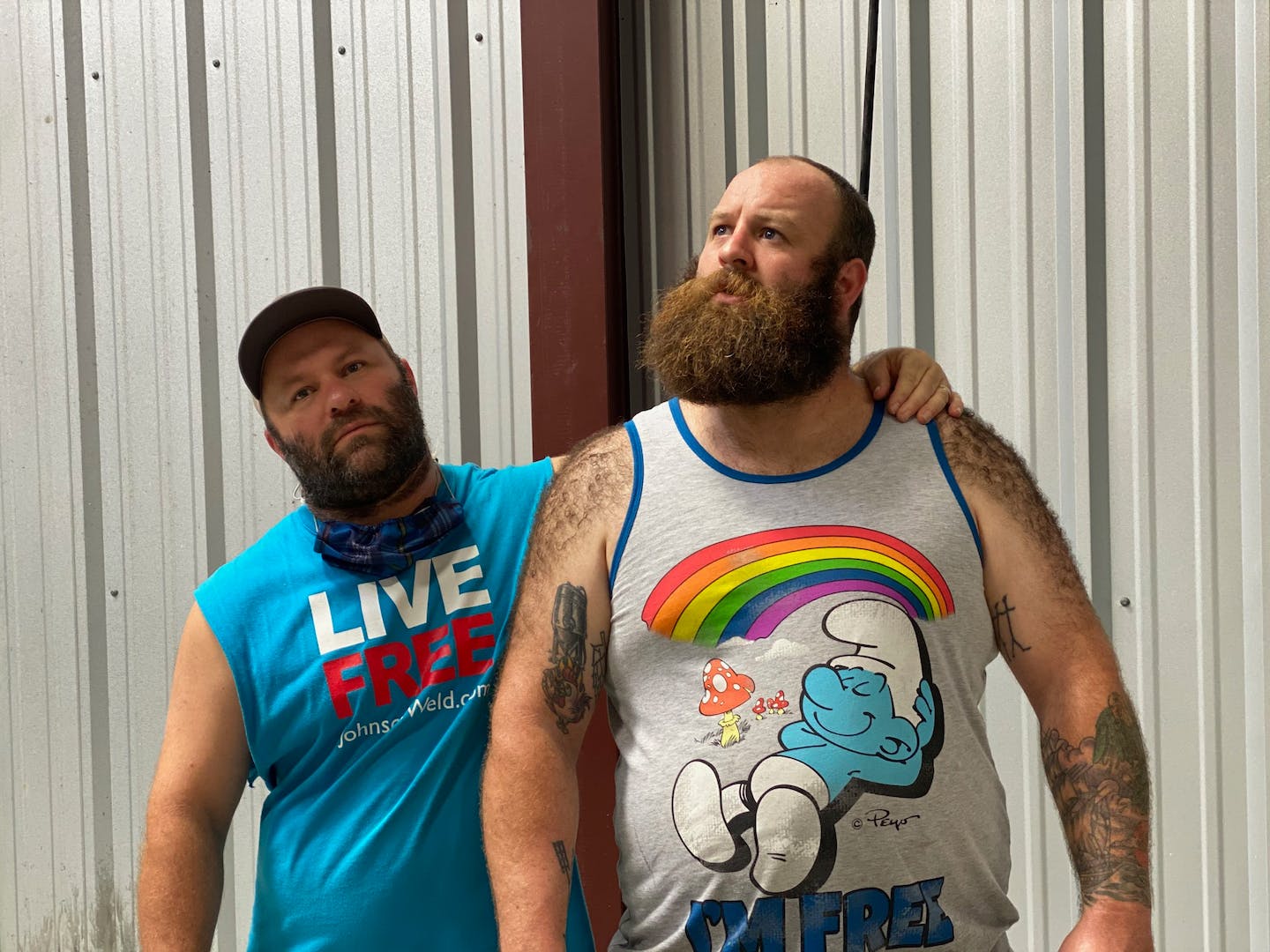 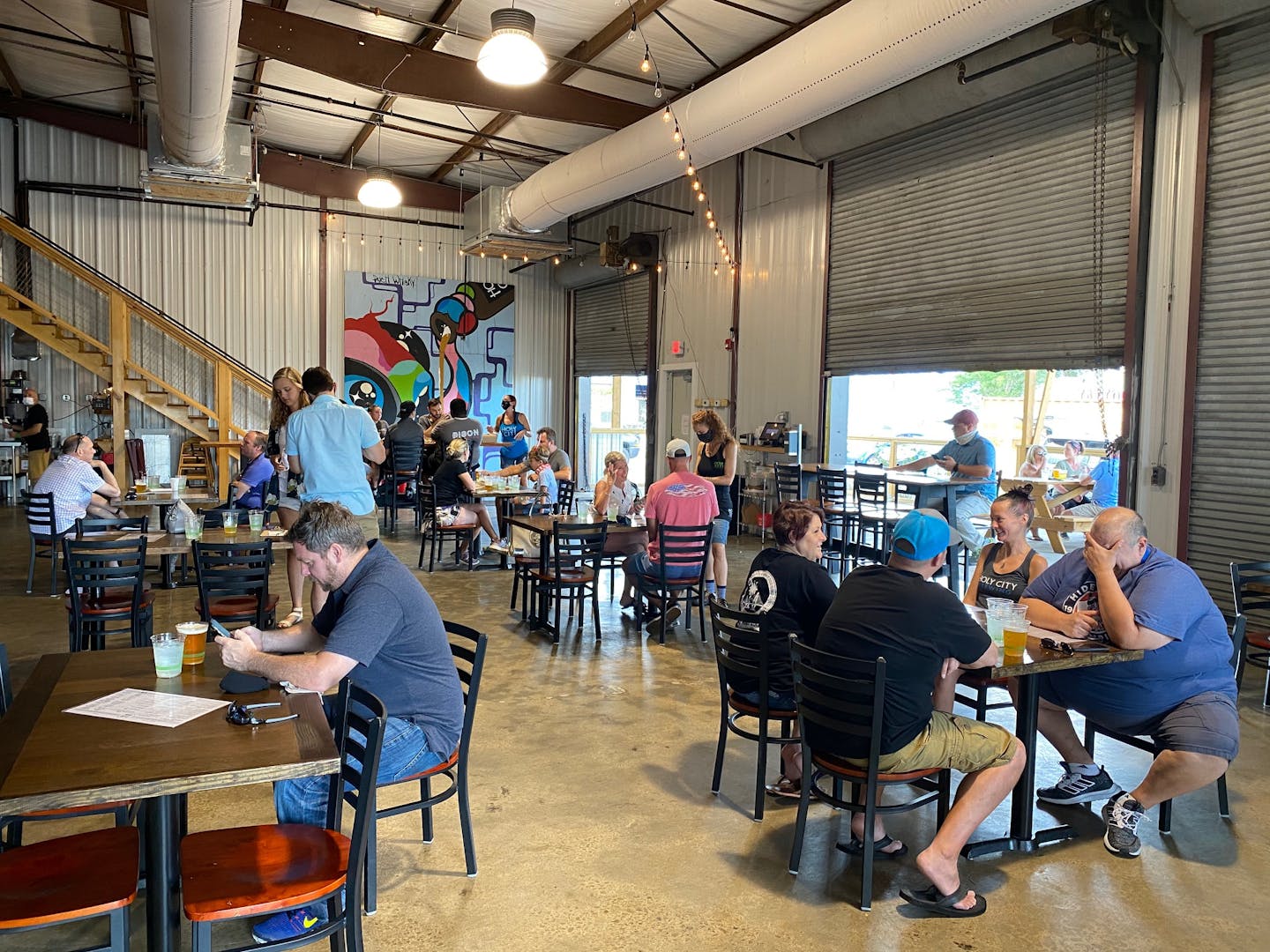 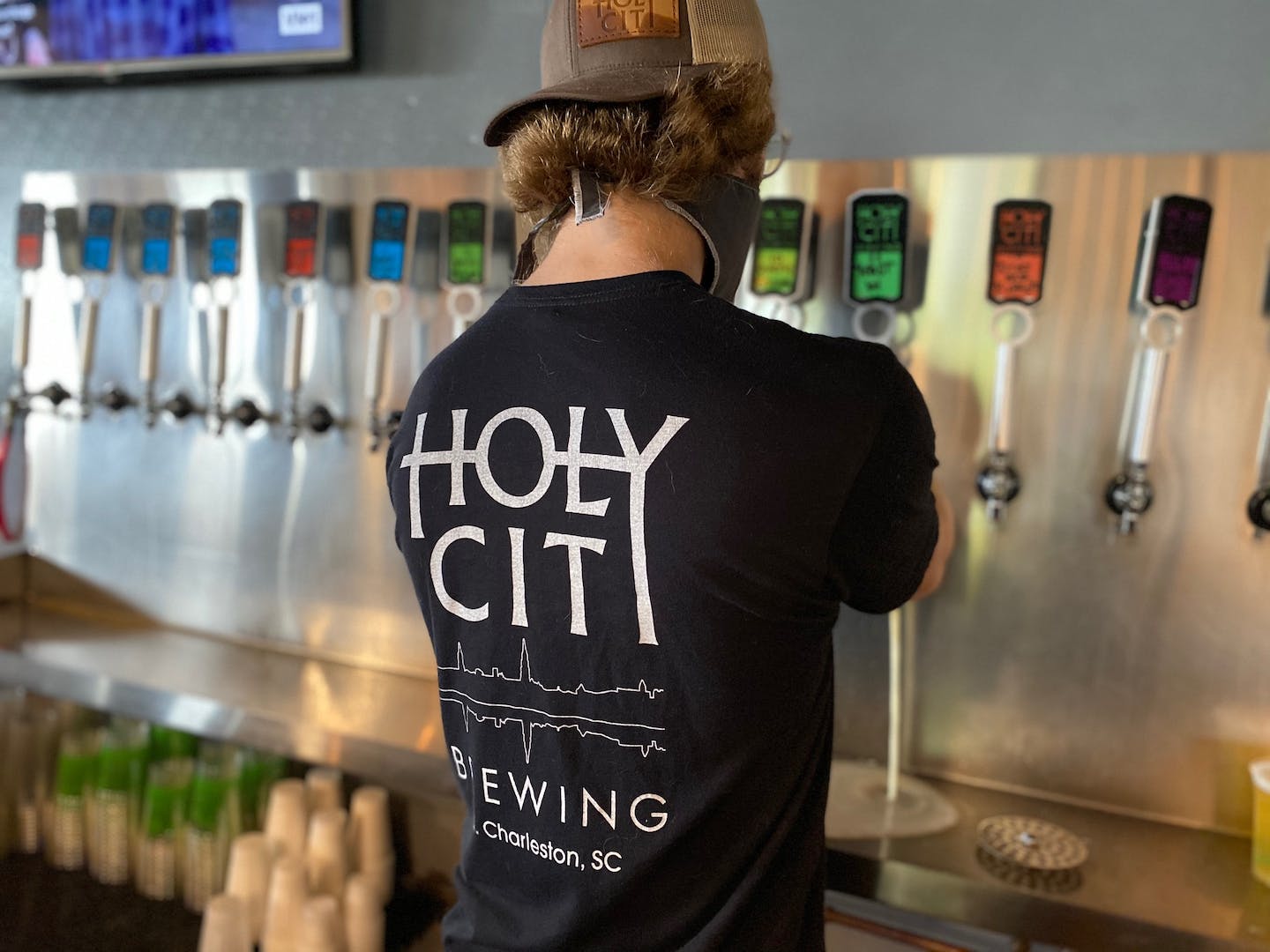 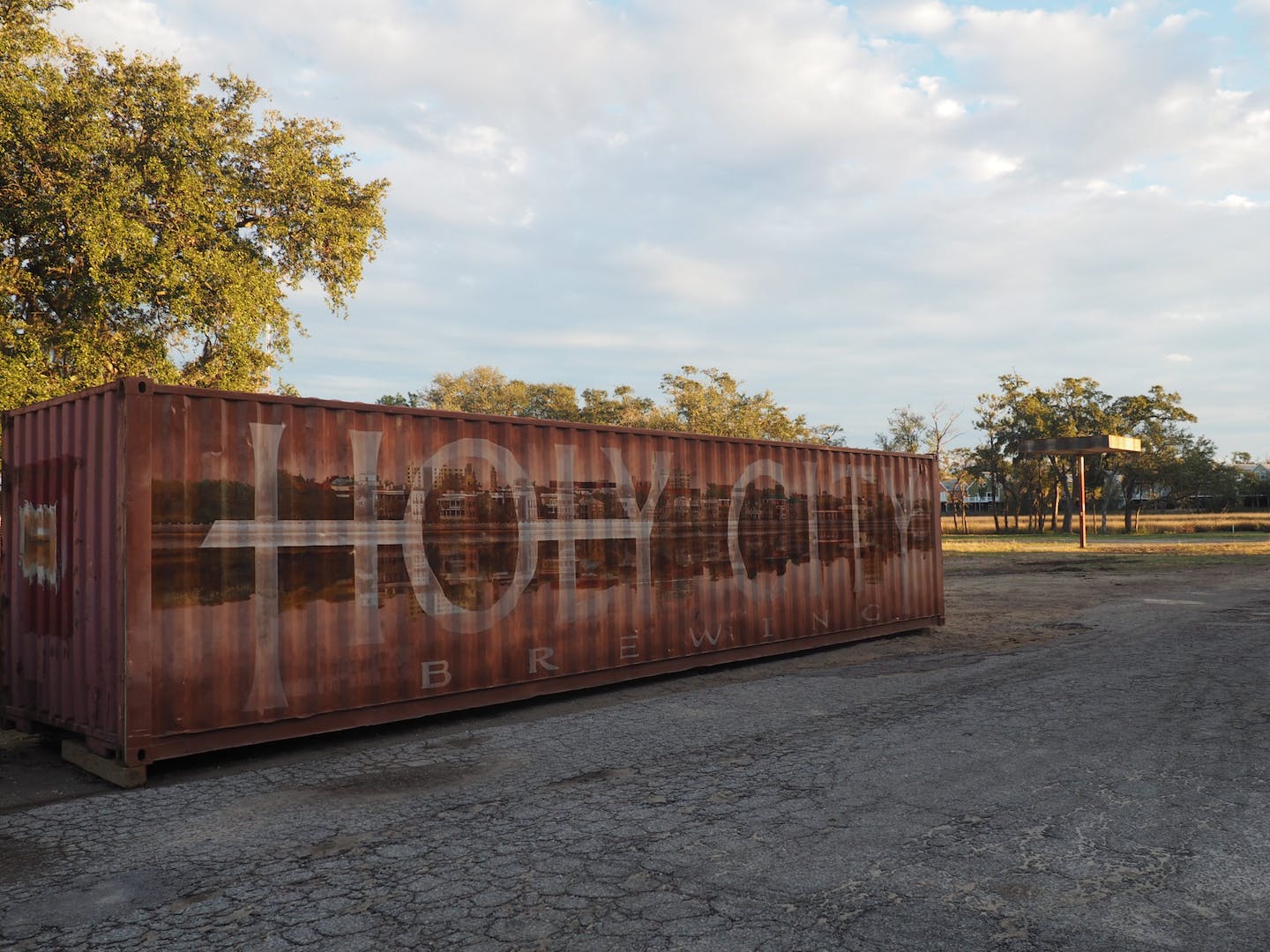 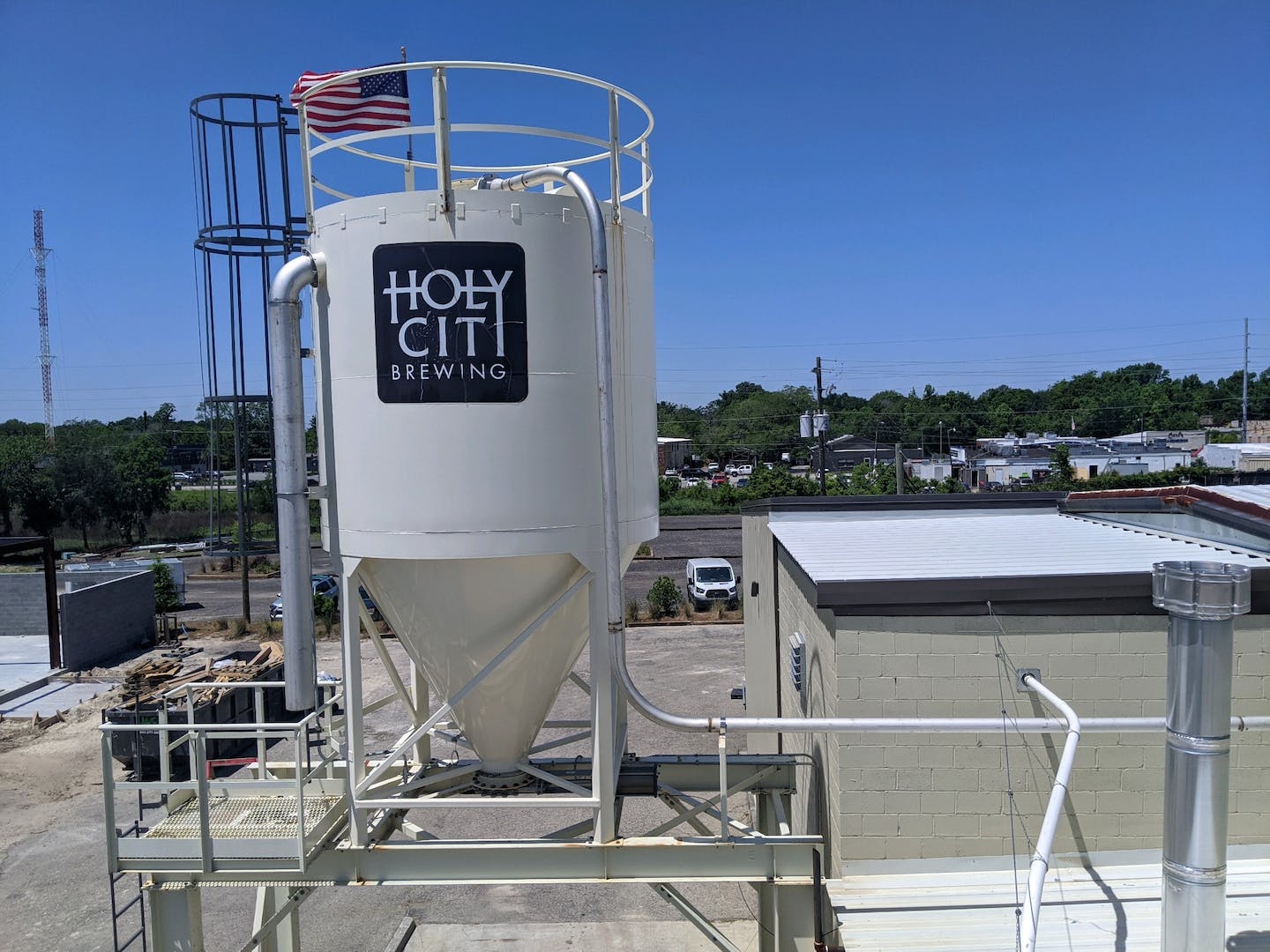 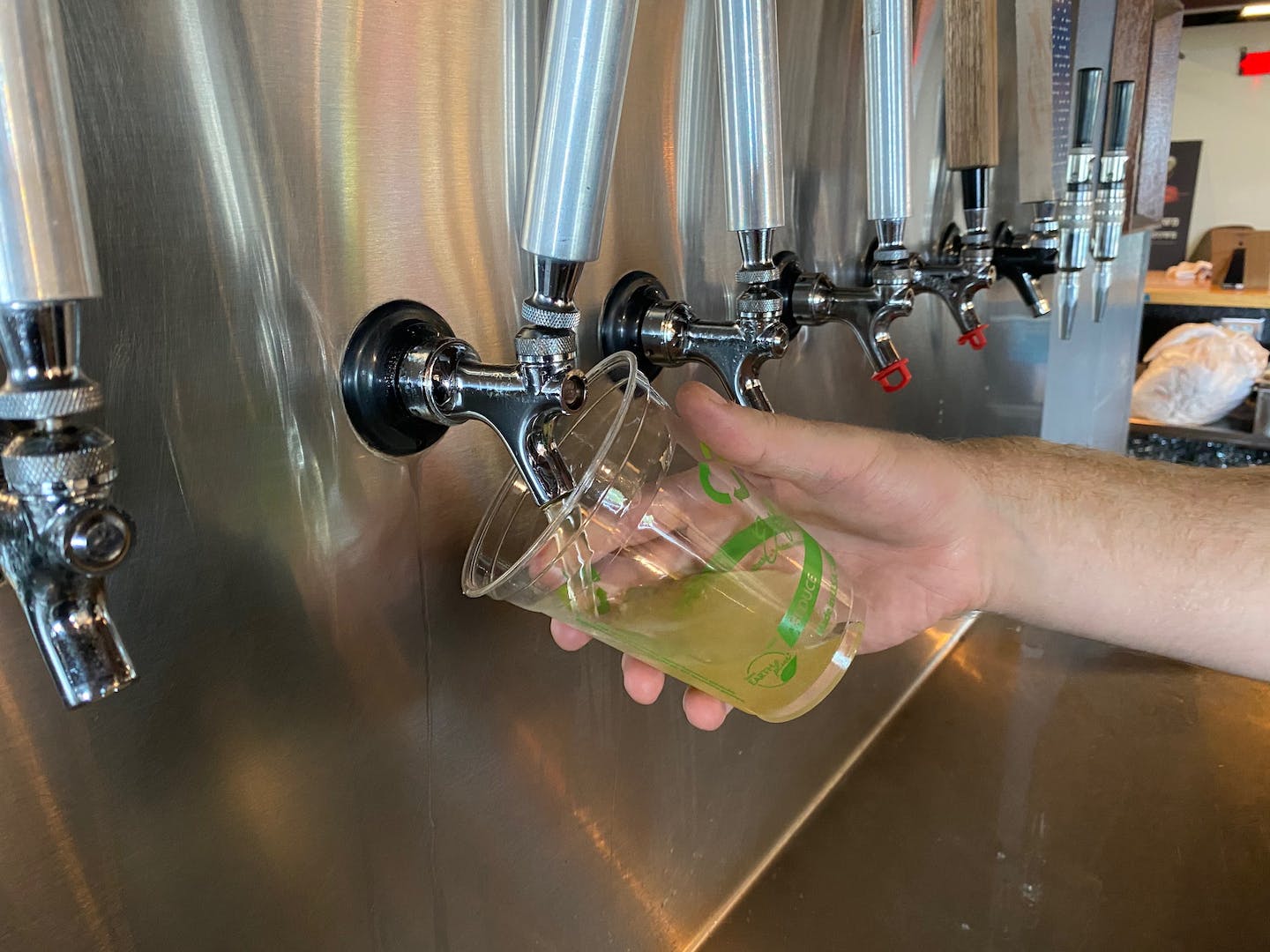 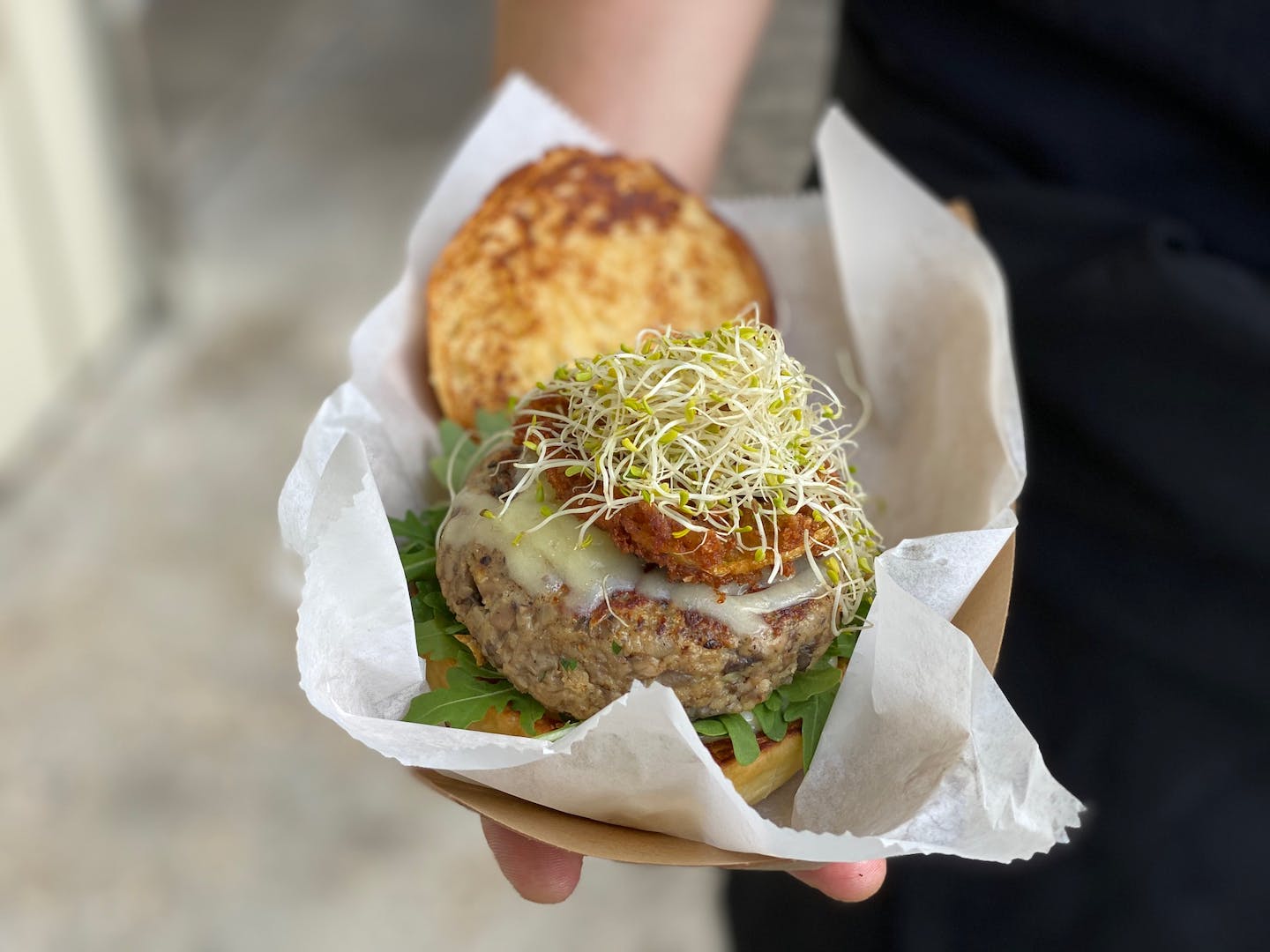 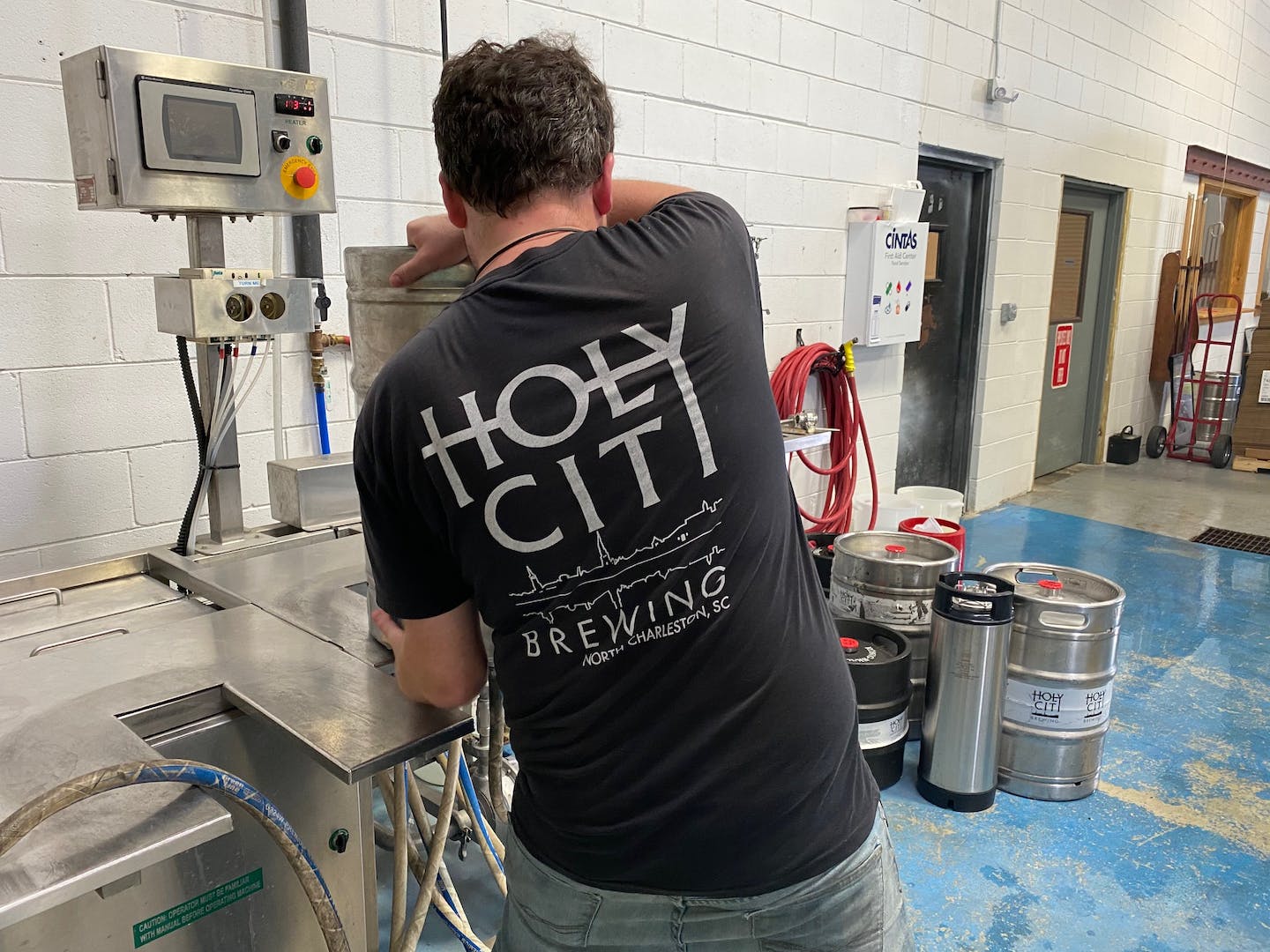 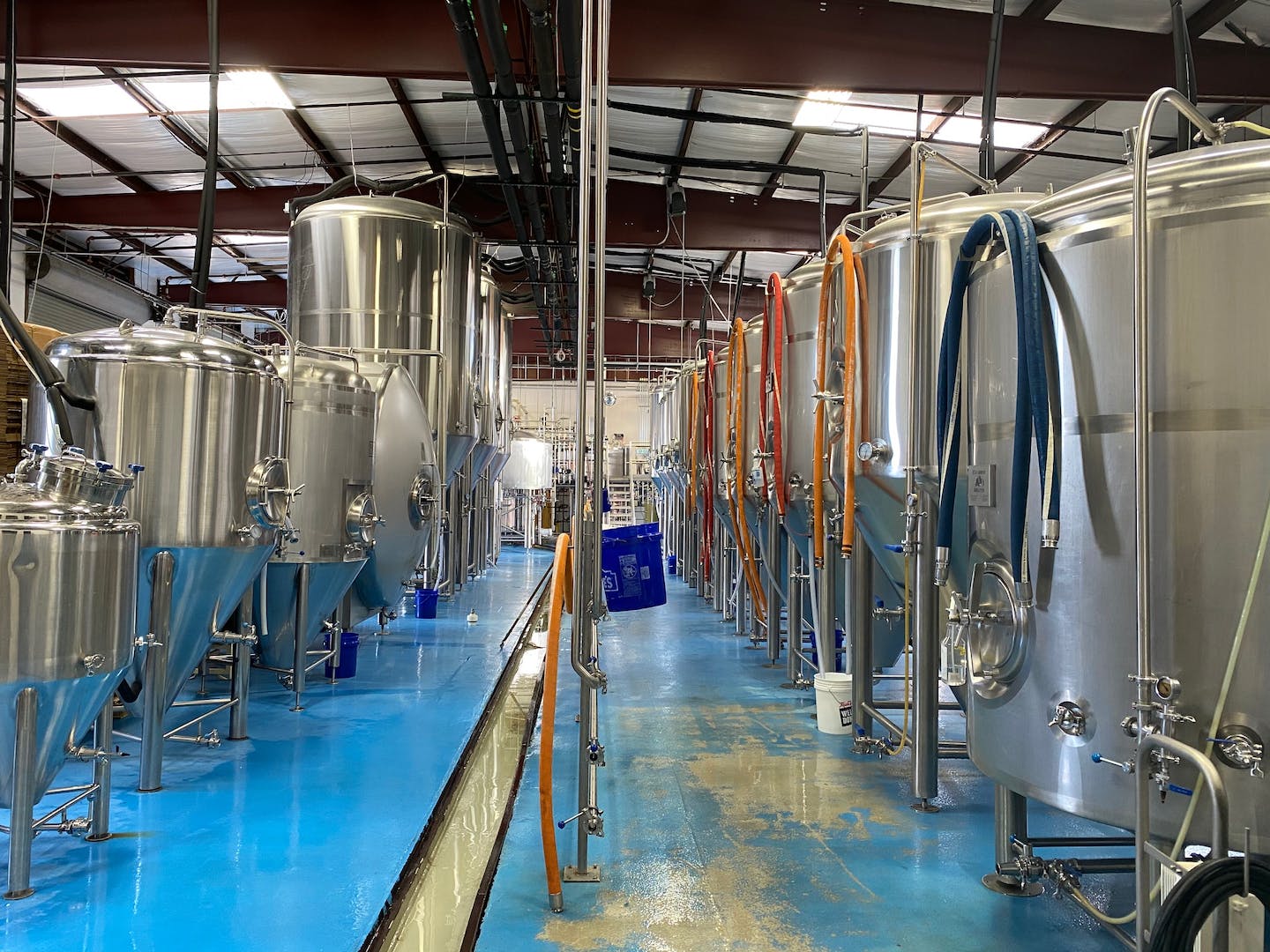 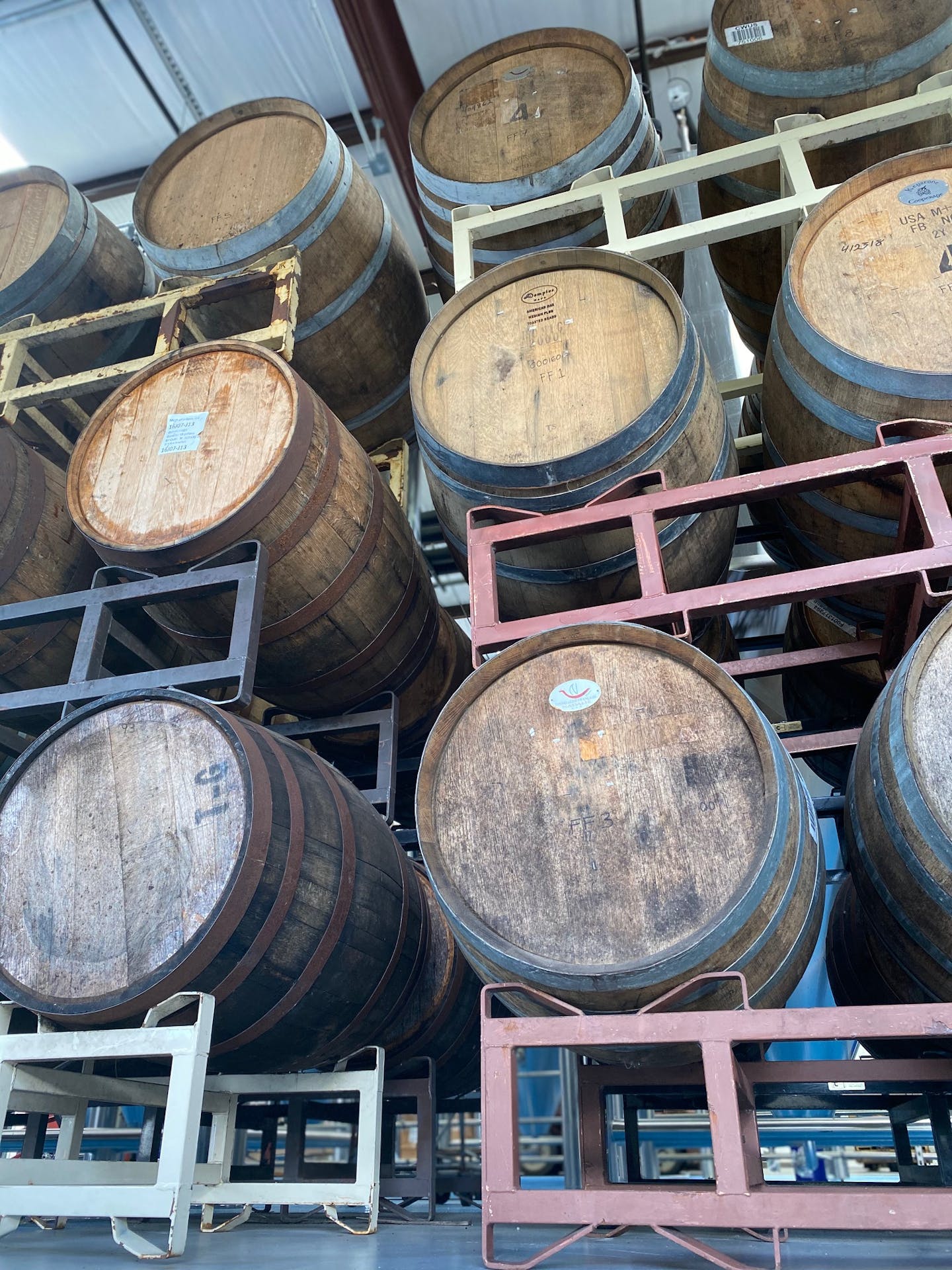 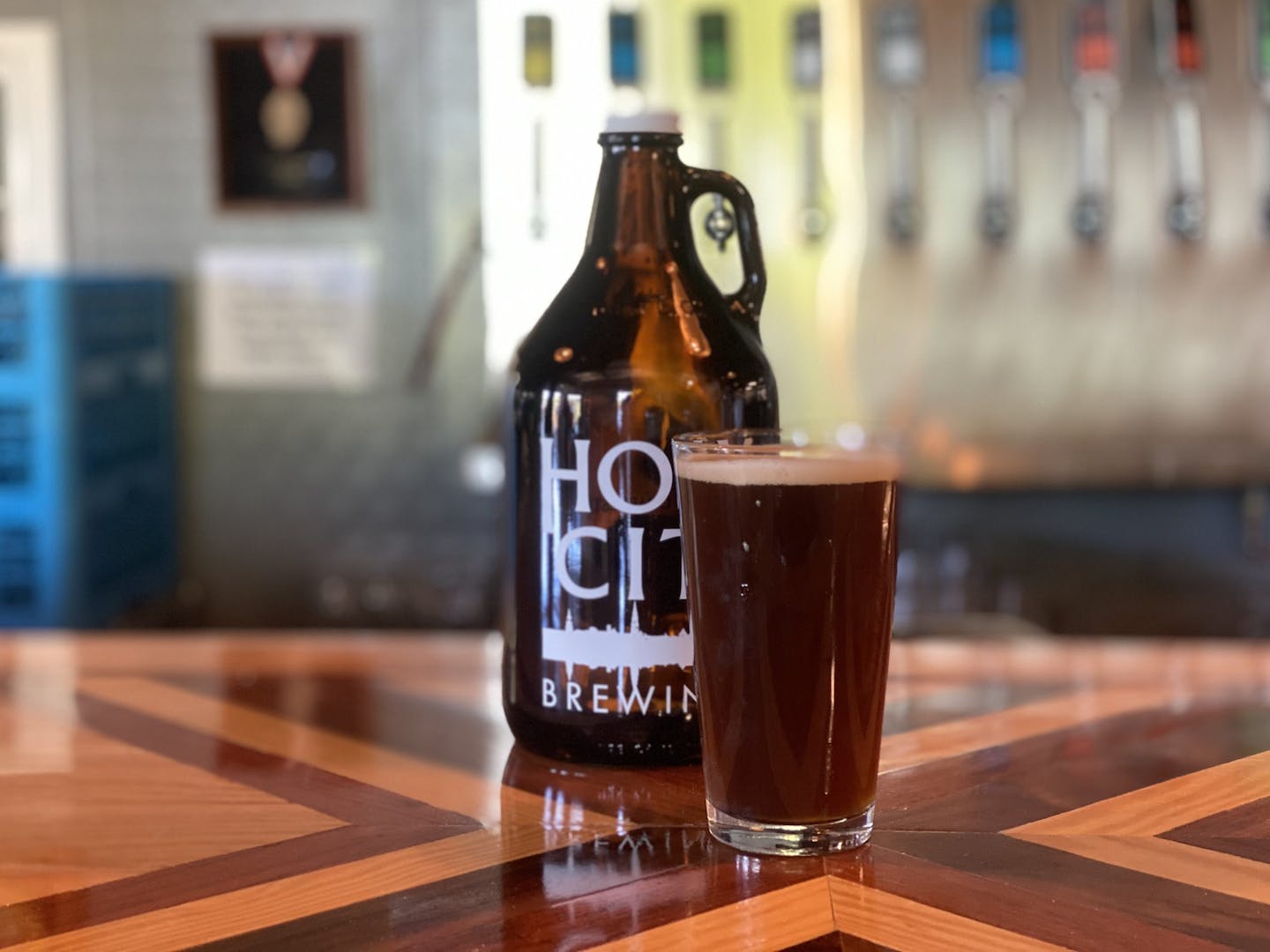 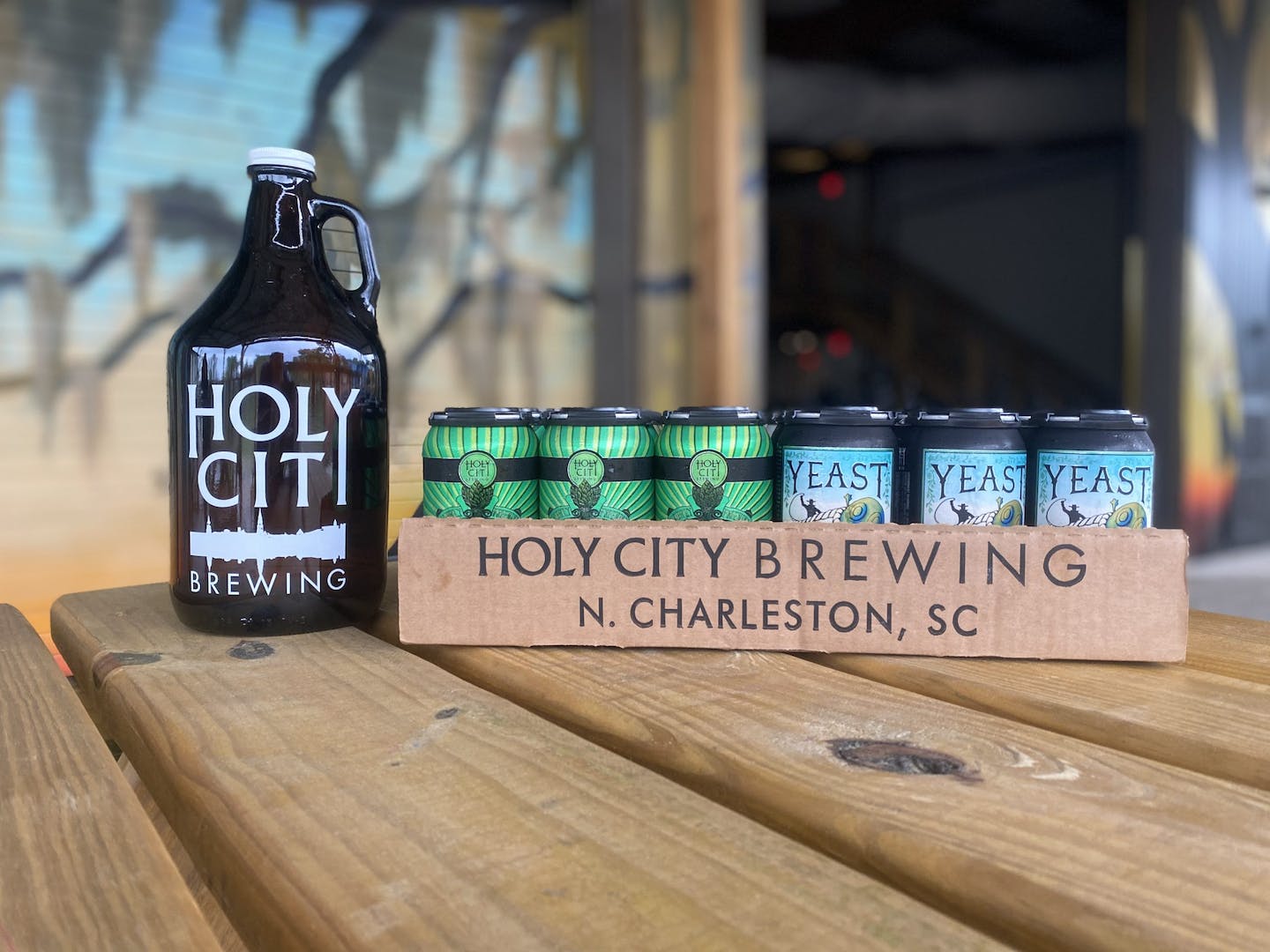 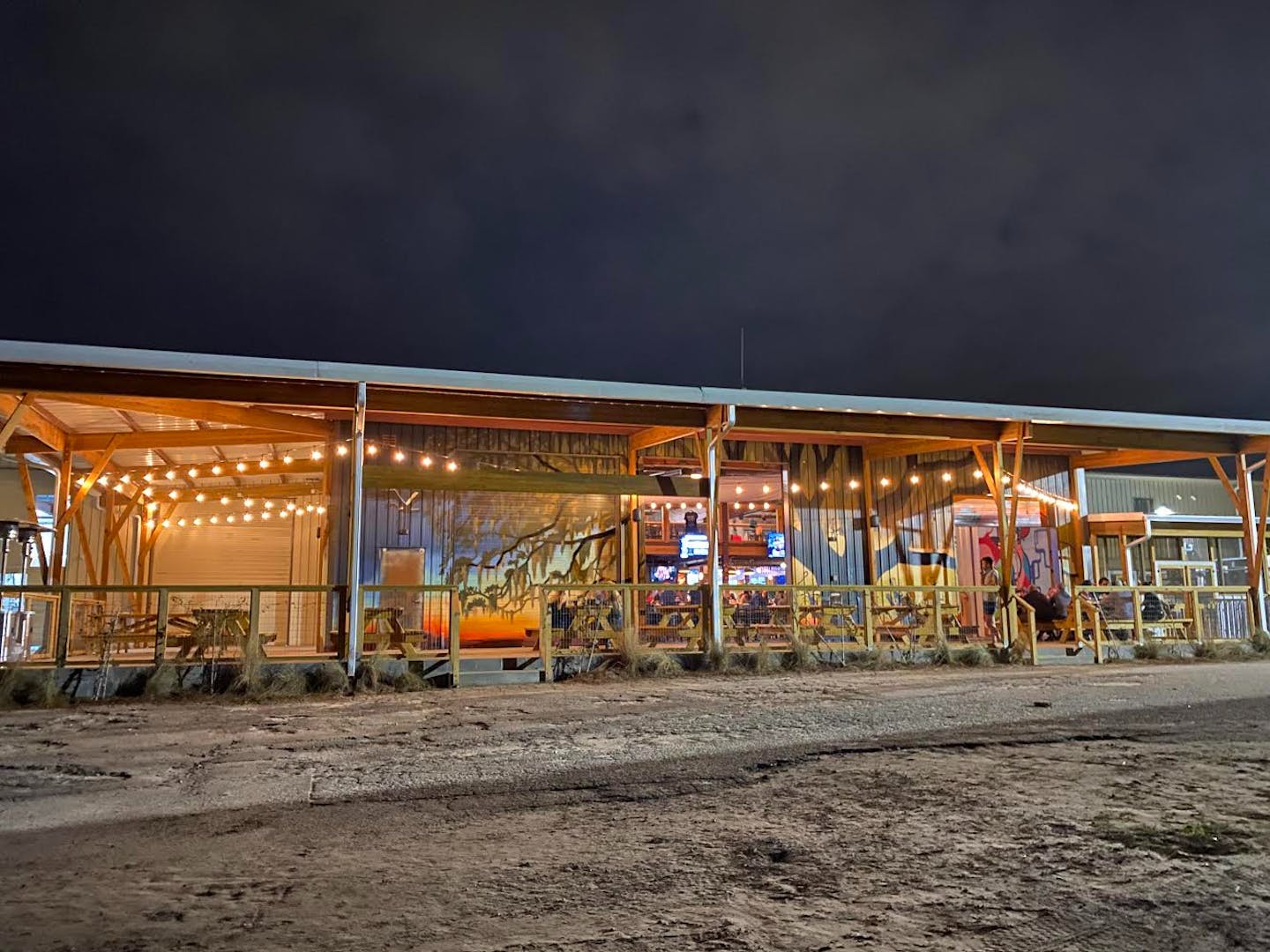 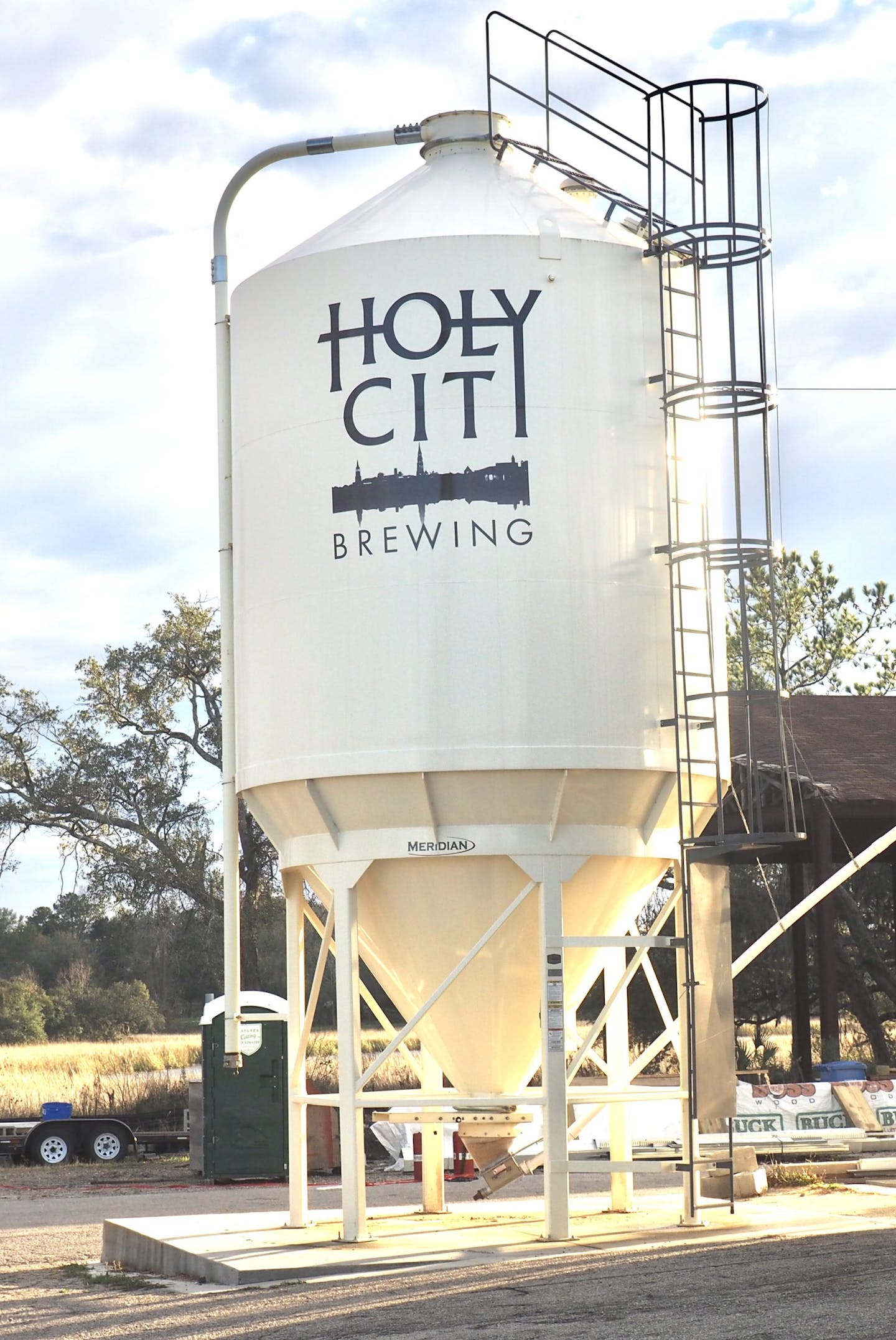 Legend has it, beer was involved.

Mac Minaudo was working in Asheville’s budding biodiesel industry before returning home to Charleston to continue his venture. He invested in a 4,000 square-foot warehouse space in North Charleston and planned to focus on biodiesel collection. Turns out Congress did not renew a federal tax credit. Mac shared tales of his challenges with his friends Joel and Sean. 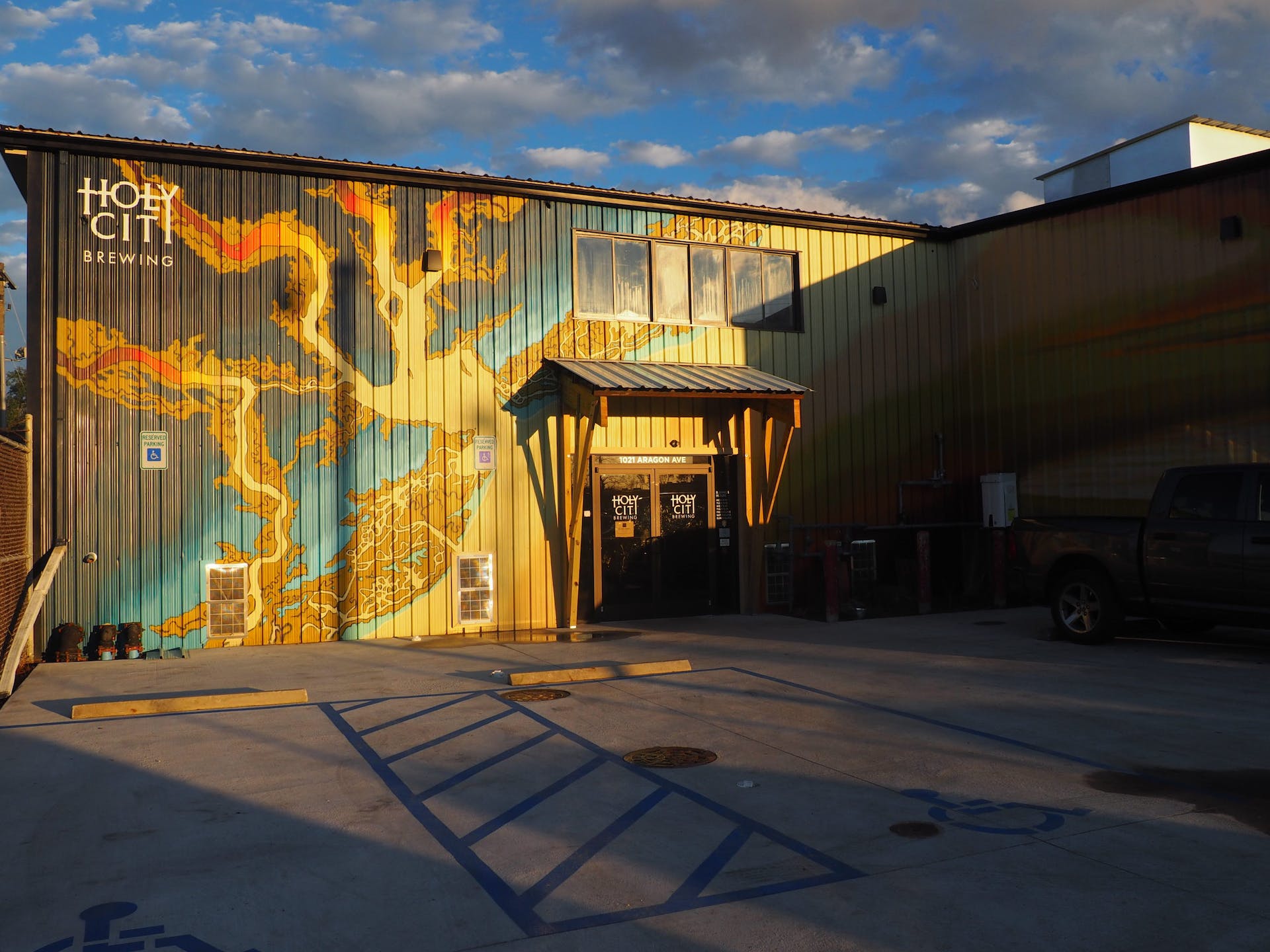 That brewer really ties the room together

Meanwhile, Chris Brown, a CofC graduate hailing from Atlanta, was working in the food & bev biz in Charleston. Chris had spent time in Colorado, attended professional brewing school, and worked full-time brewing for Gordon Biersch in Atlanta. F&B was always meant to be a means to an end, and Chris found kindred spirits in Joel, Sean, and Mac. The quartet decided it was time to open a brewery.

At the time, Charleston was on the cusp of developing a serious craft beer culture.

South Carolina’s cap had been popped, allowing for higher alcohol beers to enter the market from both at home and abroad. Palmetto and COAST had made their marks, and Westbrook was just getting started. But there was still a hole left in the marketplace by these stalwart brewers. This crew saw it, and never looked back.

A deep overhaul of Mac’s warehouse space took months for the four to complete. A new floor was poured, a grain mill and auger system built, and a full bar brought in from the original Cumberland’s, Joel’s old stomping ground. By contrast, the brewing equipment was brand new and professionally installed. By July 20, 2011, these boys were hard at work. 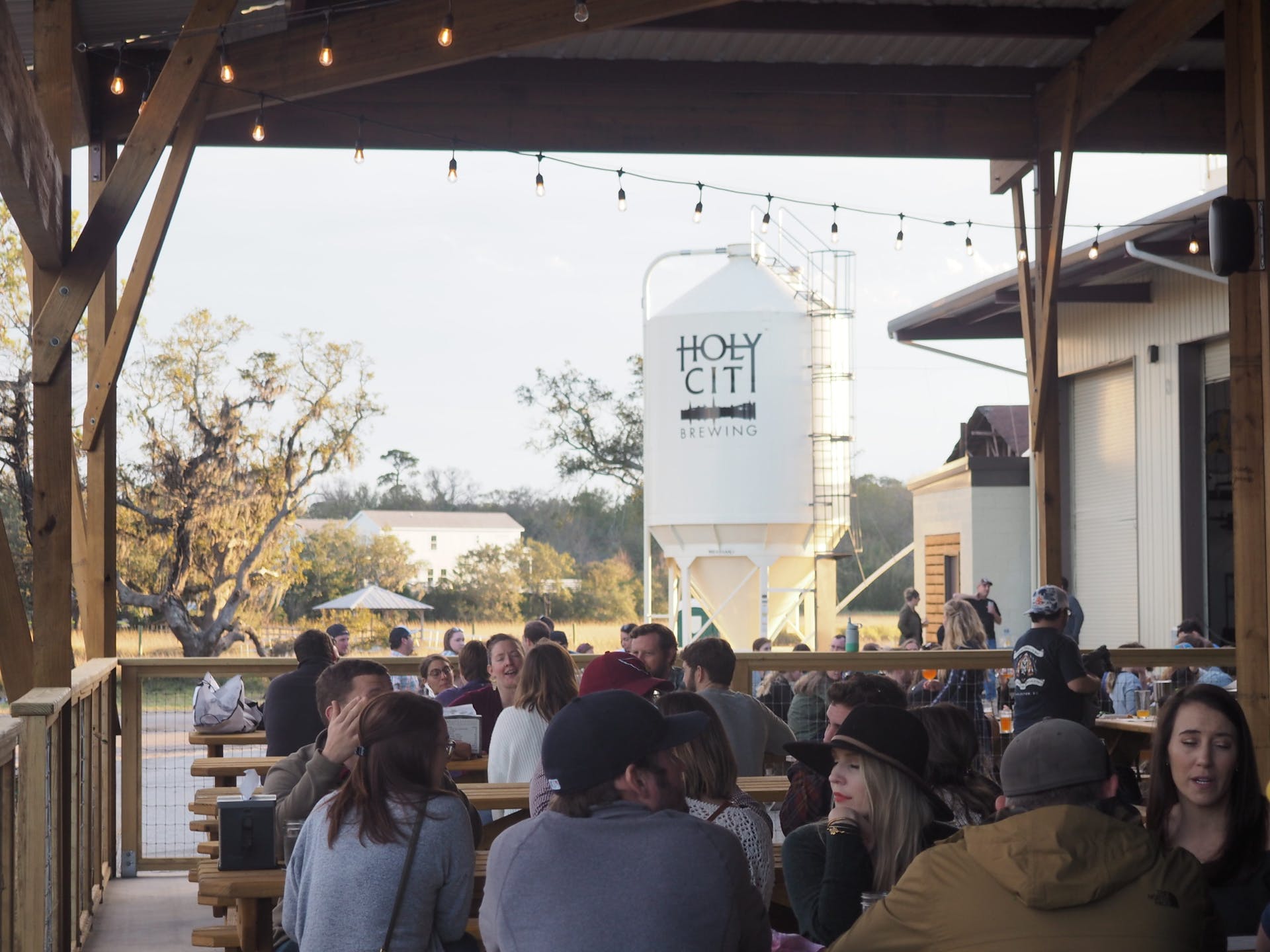 Holy City Brewing became a community hub in North Charleston. It was a place where people came to relax after work, and to connect with friends and family while letting their hair down for a while.

A small bar in the corner of the warehouse transformed over the next few years. The old Cumberland’s bar was replaced with a much larger one. In the beginning of 2015, Chef Joel Norman and Kitchen Manager Elliott Taylor started working hard bringing an elevated style of pub food to the brewery as well. With the kitchen serving full-time, the bar could pour as much beer to each customer as they wanted by SC state law, and the HCB taproom really started to take its own form.

Somewhere between then and now, it seemed like the taproom on Dorchester Road was getting smaller and smaller. More tanks and a larger canning line started to fill the production side, and more people started to fill up the bar seats and tables while drinking, eating and being merry. Dorchester Road was a great place to start for us, but we knew that we were outgrowing our original spot with each passing year.

We started looking around the city for a new location at the end of 2016, and about a year later, we had found a 20,000 square-foot warehouse that used to serve as a public works building in Park Circle, North Charleston, right off of Noisette Creek. As of February, 2018, it was official: Holy City Brewing would be making their move to Park Circle as soon as the building was ready.

There was a lot of work to do on the building, so after gutting the old city warehouse, the new brew system was the first to get installed. We went from a two-vessel fifteen-barrel system at the old brewhouse to a four-vessel thirty-barrel system, and we started producing beer at the new facility in the beginning of 2019.

The taproom opened at the tail end of 2019, and we closed the doors at Dorchester Road for good while we opened our new ones on Aragon Avenue. The patio, bar and dining area can hold over 360 people, not including our acreage out on the marsh with all of our picnic tables, and we have a fifty-person private event space above the taproom. We’ve also broken ground on our marshside private event hall, which should be finished by the end of 2020.

We’ve had a great journey, and it still unfolds each day and we’re loving every minute of it. Our new spot feels more like home with each passing day. If you haven’t been there, we’d love to have you!

While you’re here, explore our beers, check out our upcoming events, or visit the taproom.